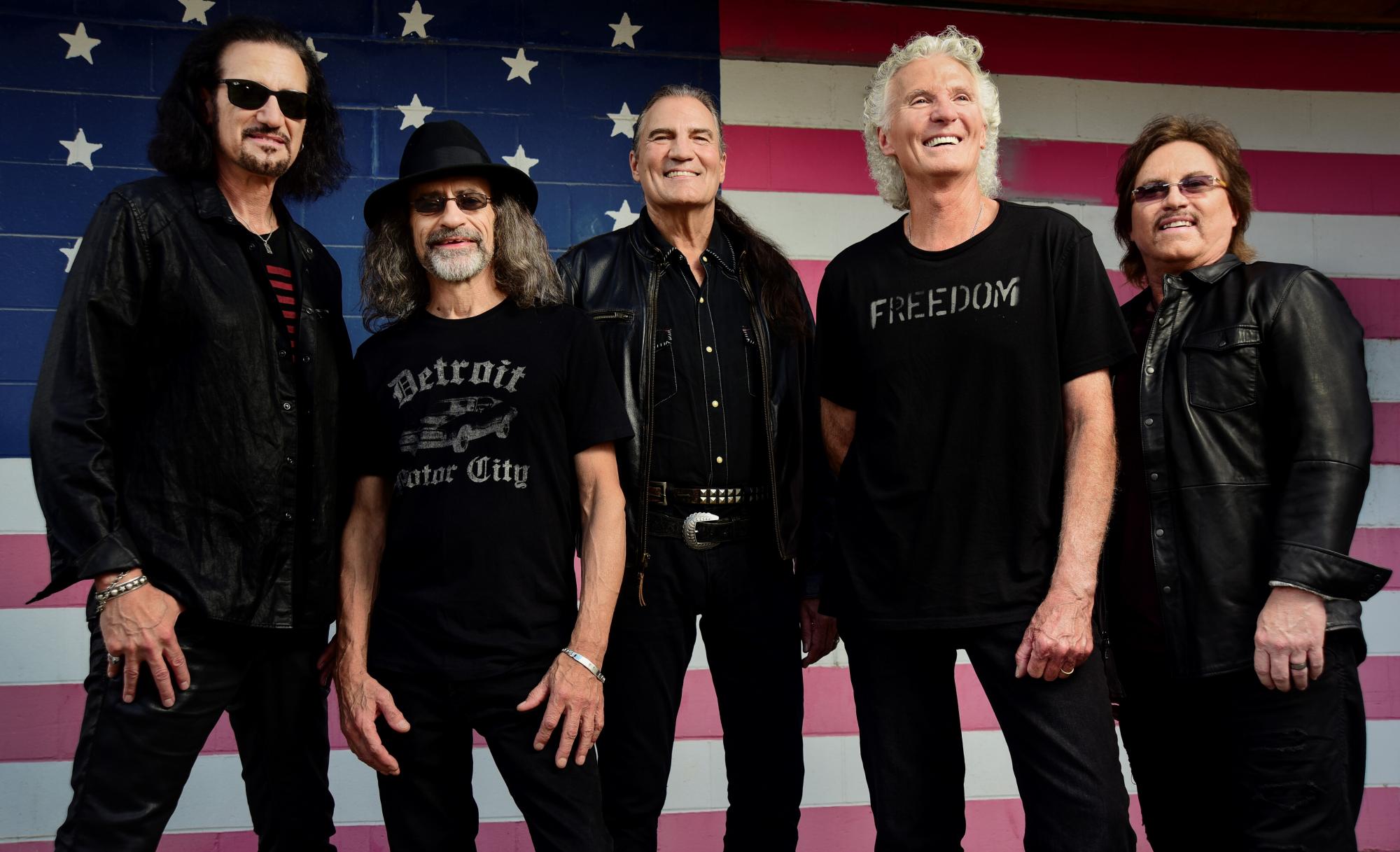 Organizers of the SC Pecan Music and Food Festival announced the 17th annual festival’s headline band, Grand Funk Railroad, as part of the group’s Some Kind of Wonderful Tour 2021. The group will perform on the Main Stage from 5:30 p.m. until 7:00 p.m. on Saturday, November 6.

Originating from Flint, Michigan in 1969, this top selling American rock group of the 70’s is “COMIN’ TO OUR TOWN TO HELP PARTY IT DOWN.” Grand Funk Railroad is marking a 52-year milestone with its Some Kind of Wonderful Tour 2021.

Known as “The American Band,” the high-energy five-piece group will make a stop at the SC Pecan Music and Food Festival as part of the forty-show tour all over the USA in 2021. Grand Funk Railroad includes original founding members, Don Brewer (vocals, drums, and writer and singer of the multi-million selling hit, We’re an American Band) and bassist Mel Schacher, “the God of Thunder.” Joining Don and Mel are true “All Stars.” Singer, Max Carl is a rock veteran from 38 Special. Mas penned and sang 38’s biggest hit Second Chance and was co-founder of California’s legendary Mack and the Heart Attack. Lead guitarist, Bruce Kulick is best known for his twelve years with KISS and also has credits with Michael Bolton, Meatloaf, and Billy Squier. Keyboardist Tim Cashion has a master’s degree in music from the University of Miami. Affectionally known as “Dr. Tim,” his credits include stints with Bob Seger and the Silver Bullet Band and English soul man, Robert Palmer.

Over their career, Grand Funk has had 19 charted singles, 8 top 40 hits and two Number One singles (We’re an American Band and Locomotion, both selling more than one million each). The group has now accumulated 13 gold and 10 platinum records with record sales in excess of 25 million copies sold worldwide.

“After careful and thoughtful planning and a rebrand of the festival, we are looking forward to welcoming Pecan fans back to Downtown Florence for An American Band experience that only Grand Funk can deliver,” said Festival Chairman, George Jebaily. “Bringing Grand Funk to Downtown Florence, South Carolina is the perfect way to welcome fans back after a year of uncertainty and hardship.”

In addition to musical acts across eight stages, full line-up to be announced late summer, the SC Pecan Music and Food Festival-goers will enjoy plenty of food and drink vendors, the annual Run and Bike Like a Nut events, a classic car show, art demonstrations and chalk art contest, free kids fun zone, amusement rides, Pecan Pub, pecan-themed culinary contest, and more. Visitors can also look forward to a user-friendly web app experience on festival day to assist in finding all of the exciting things to do and see. Admission to the SC Pecan Music and Food Festival is free. Visitors can plan their trip online at www.scpecanfestival.com.